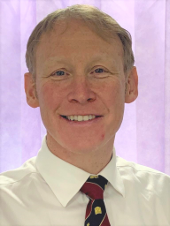 He studied dentistry at Guy's Hospital, London qualifying in 1991, followed by medicine in Bristol, qualifying in 1996. The final part of the Fellowship in Dental Surgery, Royal College of Surgeons of England was attained with the Gold Medal in 1996

He trained in general surgery and orthopaedics gaining the FRCS(Eng) in 1999. Higher surgical training in oral and maxillofacial surgery was on the South Coast Rotation, achieving FRCS OMFS in 2002.

Mr Smith was privileged to be Head and Neck Fellow to Professor Christopher O'Brien, at the Sydney Head and Neck Cancer Institute in Australia in 2003. This provided excellent experience in the management of patients with head and neck malignancies, ablation and reconstructive techniques, and research.

Certificate of Completion of Specialty Training was attained in 2004 and Mr Smith was appointed Consultant in Oral and Maxillofacial Surgery.

He is a member of the following societies :-